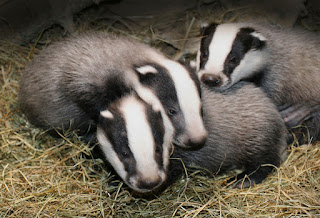 It's sad to see badgers being targeted again. This is following on from Wildlife Trusts and Forestry Commissions persecuting wildlife, livestock farmers doing the same, and an upturn in prejudice and discrimination from speciesists. Well, this is the latest:

On 28th March the Chief Veterinary Officer for Wales, Christianne Glossop, set out her plans for badger culling in Wales at a Bovine TB Symposium in London. Here is the BBC report of an interview she gave them and comments from a scientific expert that are critical of her plans. In the interview the Chief Veterinary Officer admits the proposed culling might actually increase TB.

Wales has had real success in reducing bovine TB over the past 8 years through increasing cattle measures and biosecurity without culling badgers. It has achieved a 47% reduction and now has the lowest number of new incidents for a decade with 95% of herds TB free. It makes no sense to jeopardise this success through the introduction of reactive culling of badgers which the science does not support and which has previously been shown to increase TB levels. Welsh Labour had committed to being science-led regarding bovine TB in their 2016 manifesto. 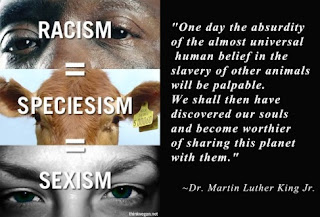 We recently wrote about Wildlife Trusts And Forestry Commissions Persecuting Wildlife and Farmers Campaign To Kill More Wildlife. A week full of hypocritical people wanting to kill badgers, deer and other wildlife, yet calling themselves environmentalists. Following on from that, one of our members had an interesting chat about this with someone claiming to be an environmentalist yesterday. For the whole conversation the anti-squirrel person (ASP) kept focussing on "native" versus "non-native" species, yet they couldn't recognise their own speciesism. Just as with racism or sexism, it is the assigning of more value to one kind of being than another based on arbitrary preferences. Here are some parts of the discussion.

Anti-Squirrel Person (ASP): "Are you content with one non-native species causing the local or nation extinction of another?"

CIN: After this many generations non-native species ARE native species. Or do you think children of immigrants aren't "proper" citizens? 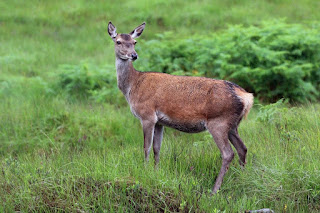 From the Cambrian News: Calls for culling of red deer

"FARMERS in the Pontsian area near Llandysul are calling on environmental chiefs to cull a rogue herd of 30 to 35 wild red deer."

(And we'd only just written about idiots persecuting wildlife...) Sigh.

Question: What do they mean by "rogue deer"?
Answer: Wildlife.

Any animals that aren't being raised and killed for profit are "rogue".

First humans cut down the forests that covered most of the country. Then we built towns and cities and roads and industrial estates and motorways and factories and power stations. Then, because there were not many totally unspoilt green spaces left, people rushed to visit and explore those remaining. Wildlife once had free reign across the land that was just as much theirs, before the larger species were persecuted and killed. Any large surviving wildlife retreated to the ever-shrinking areas, but even here farmers and idiots want to persecute and kill them.

Best answer? Go vegan. It requires far less land, and the rest could be given over to nature and wildlife. It also cuts off the income to the animal farmers who want to persecute badgers, foxes, deer, and anything else they can't send to a slaughterhouse.