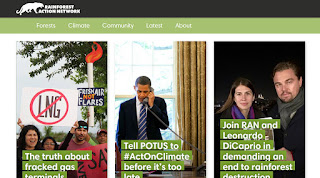 The Rainforest Action Network is fighting on a number of fronts to defend wildlife, the environment, and human rights, even when it brings them into conflict with some of the biggest corporations in the world. Here are a few of their current campaigns:

(Some of CIN's coverage: Say no to palm oil; Primary Rainforest Cleared For Massive Palm Oil Plantations In Peru)

Scallop Dredging In Cardigan Bay To Go Ahead 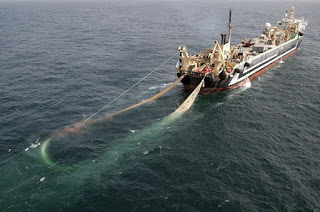 The Welsh Government has ignored the results of its consultation and decided to allow scallop dredging in Cardigan Bay.


"I’m dismayed but not surprised that this bunch of worthless parasites has, once again, supported the destruction of an internationally important wildlife site. This does NOT support local, sustainable fisheries. It opens the door for ploughing the sea bed on an industrial scale. Worthless parasites just about sums up my view of AMs and their attitude towards one of our greatest assets, the natural environment. As well as the AMs, you can also throw NRW [Natural Resources Wales] into that same category. This is a spineless body that continually refuses to fight for our wildlife."

We totally agree. This overturns 2009's victory, but it seems like the Welsh Government had already decided what they wanted to do. Industrial fisheries in wildlife conservation areas, scraping up the sea floor and destroying marine habitats.

Currently this was a Labour decision - Labour minister (Lesley Griffiths), and a majority Labour government. Would the other parties have also gone against all the ecologists and the public consultation in order to get a bit more money? Possibly. Either way, people at the Welsh Government should be ashamed.