EU Referendum - What Next? 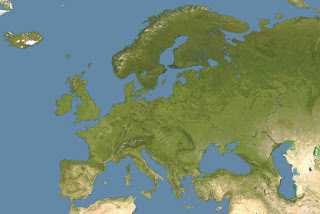 In the EU referendum the other day, Ceredigion was one of the few Welsh counties that had a majority who voted to remain within the EU. Sadly not enough to swing the overall vote, but it was a strong statement.

Still, the UK ref results were so close it is surprising that the Government seems to be contemplating acting on it. The referendum was not legally binding and nor was it decisive – 51.9% vs 48.1% would not be enough of a majority to convict in a court of law, so it shouldn’t be enough to enact such a huge change; and because a third of people did not vote, that 2% difference is far less than 2% of the UK population. Many people are now stating that they would change their vote if they had the chance again, especially those who wanted to make a point but didn’t expect it to actually lead to such a huge change. There certainly isn’t a clear lead one way or the other, which is why it's surprising that many people are acting as if leaving the EU as a result is a foregone conclusion. It isn’t. An ideal way forward would be to try and fix some EU issues that people have problems with (e.g. the EU’s secret and undemocratic TTIP negotiations; concerns such as the huge subsidies to animal agriculture when there are more important roles that are not subsidised, and so on). Then the UK could hold another referendum in a year or so, hopefully with a clearer majority one way or the other. That would be better than rash decisions based on an incredibly marginal voting difference. Many people were annoyed at only having the choice of leaving or staying – many want to stay, but also to see some reform, and that was not a choice the UK citizens were given. It should have been.

Well over a million people have already signed this petition requesting a second referendum. There is plenty of room for adopting this approach – some of the options are covered here. Let's hope politicians support this more reasonable reaction to the results of the EU referendum vote, which were indicative and something to be learned from, but certainly not convincing enough to drive a radical and potentially regrettable action such as leaving the EU as a result of it.