Next week (on Wednesday 28th October), the European Union will vote on budgets for 2016. Each year the European Union provides an estimated £100 million through Common Agriculture Policy payments to farmers who breed bulls for bullfights.

Yes, your tax is helping to support this barbaric industry, with £13.5 million coming from the UK alone.

Next Wednesday, your MEP will have an opportunity to support and vote for an amendment to prohibit the use of European funds to support farmers who breed bulls for bullfights. Last year, a similar amendment fell just short of an overall majority, but the tide is turning against bullfighting. 76% of Spanish people are opposed to public subsidies for bullfighting, and only 29% support bullfighting at all. 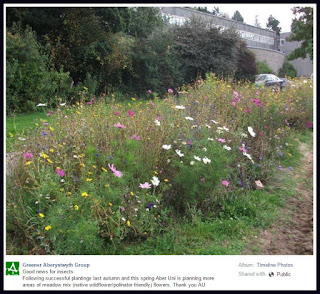 Thanks to the Greener Aberystwyth Group for pointing out the extra flower planting that is planned by Aberystwyth University: 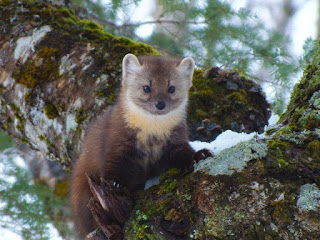 "Pine martens are being relocated from areas of the Scottish Highlands to Powys and Ceredigion in a bid to save them from extinction in Wales.
The first of 20 have been released into the wild by the Vincent Wildlife Trust and 20 more will follow in autumn 2016.
The mammal is so rare in Wales, conservationists are unable to give population estimates."

Read more on the BBC and Vincent Wildlife.
No comments: 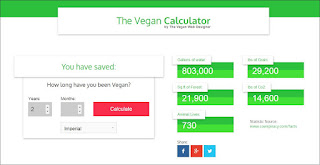 By using this quick website people can calculate how much Co2, forest, grain and water they have saved (or would save) by being vegan/cutting animal products out of their diet, and how many animals lives would be saved.

The calculator is based on the facts from the Cowspiracy film facts page. The film "uncovers the most destructive industry facing the planet today – and investigates why the world’s leading environmental organisations are too afraid to talk about it."