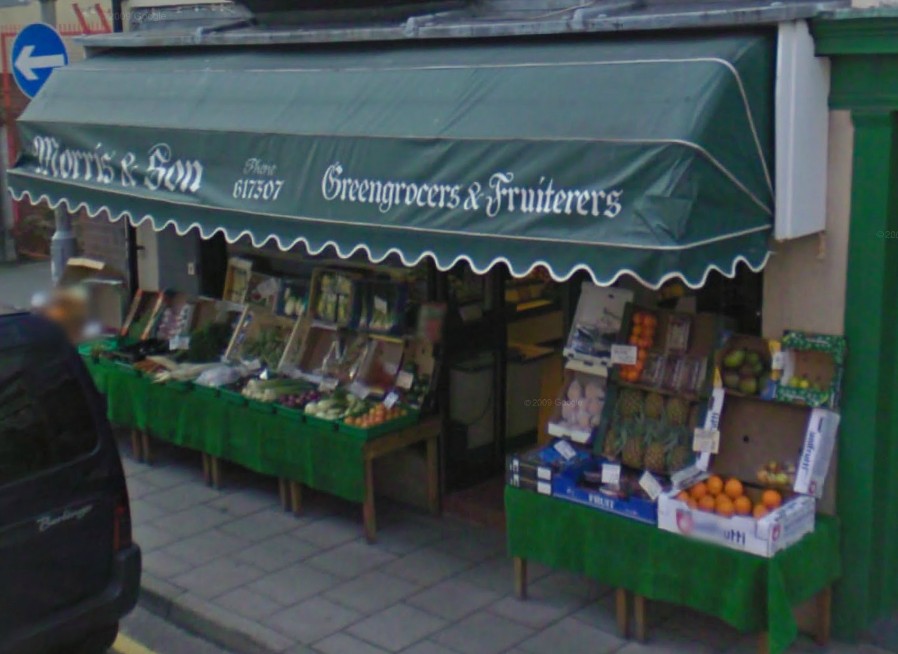 Ceredigion County Homewrecking Council's policies are now business-wrecking too. We're already feeling the first impacts of their plans to bring big supermarkets in to Aberystwyth, which they will push through regardless of opposition.

This time it is Aberystwyth's only independent greengrocer, Morris And Son. It closed on Christmas Eve 2013. Not only was it a great business, selling the things that make us healthier, but they were friendly and offered a personal service, free delivery, cheap prices, and minimal packaging.

Why did they close? High business rates, harrassment from the council about parking and their lovely display, competition from the supermarkets that the County Council had already allowed into Aberystwyth, and the knowledge that with the new developments things will only get worse. A perfect example of how the County Council and their decisions finished off local independent business in favour of big multinationals that suck money out of the area. 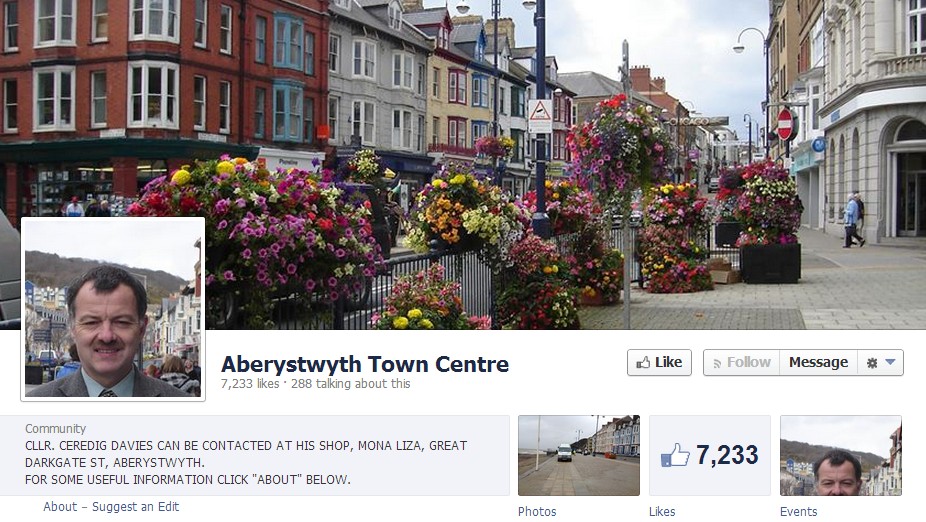 Cllr Davies identifies himself as the town of Aberystwyth
on Facebook. Misguided hubris, maybe?

At a public meeting about this topic last January Councillor Ceredig Davies got up on the stage and said that businesses in Aberystwyth need to be able to compete with supermarkets, and it is possible to do so, since he is an example of a small business owner who isn't worried. However, his shop sells souvenirs to tourists, which has no overlap with the goods offered by supermarkets. Not all businesses can sell 'gifts'. Businesses which sell things which supermarkets also want to sell end up getting their custom stolen. And that is what happened to Aberystwyth's only greengrocer's, which had been handed down through the family for generations. Not that Ceredigion County Council cares: they contributed to the loss.

Note: Maeth y Meysydd will increase their sales of fruit and vegetables and you can also get organic ones at The Treehouse. Support them, not supermarkets!