Ceredigion County Council - ignoring you when they feel like it 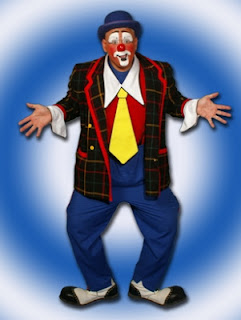 Is this a new member of staff in Ceredigion County Council?

We've mentioned many times in the past the frustrations of contacting Ceredigion County Council. Emails to their main contact address are routinely ignored. One of our own from over a month ago still hasn't even had an acknowledgement. Sadly this isn't an exception, it seems to be the norm, and we've heard many other people voice this complaint. Emails and letters ignored, no matter how many times you follow it up: only by making a formal complaint do you then have a chance of getting a response. What does the Council do all day? Oh, I forgot, they're busy making plans to knock down homes.

We've been copied into emails illustrating a good example of the complete ineptitude of the Council. We'll summarise the chain of events here.

8th April: an Aberystwyth resident spotted rusting metal waste (cabinets and a bicycle) dumped by the river. They emailed reception@ceredigion.gov.uk so the Council could remove it. A map was included, so there was no confusion as to the location.

27th April: they followed up with a complaint to complaints.ce@ceredigion.gov.uk. "I sent the email below three weeks ago. I have not had a reply and the metal litter is still there. The only logical conclusion is that the council has done nothing."

29th April: The Council's Standards Officer in the Chief Executive’s Department apologised and said they would pass the information on to the Highways, Property and Works Department. So the original email was ignored and it took a formal complaint to get any response at all.

2nd May: an unnamed member of staff at the Director of Highways, Property and Works responded to say the issue was nothing to do with them. (Why did one Council department forward it to them then? Doesn't the Council know who does what?) The anonymous HPW person said that the Council's Department of Environmental Services and Housing, as well as Natural Resources Wales, were the ones responsible and claimed that the email would be forwarded to them.

14th June: Still no response at all from DESH. The promised response from Natural Resources Wales still hadn't appeared. Both were asked why. There was no response from DESH, whereas Natural Resources Wales replied to say: "Our team here at NRW passed the e-mail onto the Local Authority (NAME REDACTED) as it was not considered NRW business in accordance with fly tipping protocol. The Local Authority subsequently confirmed that they were aware of the report but had not taken action to remove items as a priority. The entry of the query from our incident room was closed as non NRW business and the team assumed that Local Authority would provide feedback as the lead organisation."

So what have we seen? Various departments of Ceredigion County Council ignored emails. One department of CCC (Chief Executive’s Department) sent them to another (HPW), which was incorrect. HPW said it was the responsibility of DESH and Natural Resources Wales, which was incorrect. DESH ignored every communication on the issue. The person who originally contacted the Council, trying to be a good citizen, finds that over two months later they have either been ignored or sent back and forth, given wrong information, and the rusting fly-tipped metal is still there. Is it any wonder that people just give up? Or that they are annoyed at having to pay council tax to a council that ignores them, passes the buck, and doesn't do its job? It's a failure. If the Council gave a stuff about this issue they would have a policy whereby you would get a reduction in your council tax as an apology for wasted time in these circumstances, since we've all paid for services we don't receive. It's the only stick that would lead to improvements, which is why CCC senior managers would never consider it. They seem to prefer knocking down homes (even though it claims more are needed in the county) instead of doing their jobs of making sure the Council functions properly.

[Many thanks to people who send us examples like this - please keep doing so. It's only fair that the world can see what you have to put up with!]