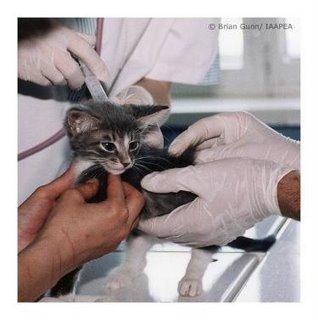 Universities continue to play a part in the secretive world of experimenting on and killing animals behind closed doors. Cardiff University cuts up kittens, while Aberystwyth University kills thousands of animals in the average year, while encouraging dissection and experimenting with adding further artificial additives to the food chain. The number of cruel experiments in Wales keeps going up - 53,000 per year at the last count.

It seems appropriate to mention the recent report Science Corrupted, which exposes the nightmare world of genetically modified mice used for research. (Yes, Aberystwyth University kills mice too). Please take a look and watch the film on this site. Also this article from last week is interesting, looking at the culture of secrecy around vivisection.

IBERS, and its former elements of the BBSRC-funded Institute of Grassland and Environmental Research and the University Institute of Rural Sciences, have been conducting research involving cattle for many years. Worryingly, although the Animals (Scientific Procedures) Act 1986 is already a weak thing that allows untold cruelty to take place, many Aberystwyth University experiments on animals do not require Home Office approval because "the research conducted is of an applied agricultural nature". Hence the fact that the details of the experiments are kept from the public, the tax payers, the charity givers, no doubt because people would then be disgusted with what the university does.