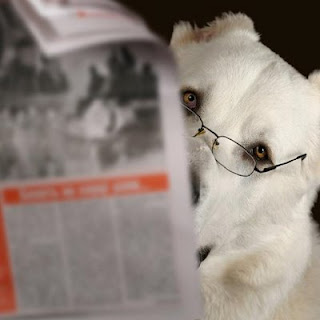 'Prominent scientists sign declaration that animals have conscious awareness, just like us' - the top scientists all agree that animals are conscious and aware "to the degree that humans are". This is good news for those who want scientific backing. Of course, this has never been in question for many people, but it sometimes takes science a few hundred years to catch up.

Let's hope the scientists at Cardiff University read the article above: they're currently cutting up kittens for their research. Maybe their labs should be renamed as chop shops.

We'll end with a quote from Richard Holloway:


"It is easy to fall into cynicism or despair as we contemplate what the human species has done to itself and to the planet that bore and nurtured it. Our arrogant self-consciousness has made us the most dangerous animals on Earth. Unlike the other creatures with whom we share the world, we seem incapable of finding a natural and harmonious balance in the way we relate to one another.

Our history is not one of peace punctuated by interludes of violence but one of violence punctuated by interludes of peace, as we line up against one another in racial, religious or political regiments. Human conflicts may vary in cause and occasion, but they all have one thing in common: in order to steel ourselves to destroy our enemies, we have to persuade ourselves of their inhumanity, their difference from us."
From the Big Issue, October 6th 2008, 'The Peacemakers' (p20).