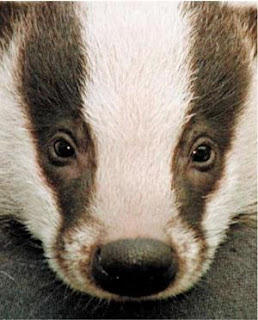 Fantastic news, the plans to kill protected wildlife in Wales have been scrapped! (See also here and here).

The Environment Minister John Griffiths took a science-led, sensible, and practical decision on bovine TB. Combined with the tighter cattle measures introduced by the last government, his proposal will hopefully address the problem in a proper scientific coherent manner. No doubt he has been under pressure from some anti-wildlife elements of the farming lobby, but he listened to all the people of Wales who were against the culling of a protected species, rather than a vested-interest minority.

In a surprising twist, the former Rural Affairs minister Elin Jones (Plaid Cymru) caused controversy with her silly and deplorable reactionary comments in the Plenary session on 20th March, for which she rightly received wide-spread censure. She said: "Farmers will now have to decide how best to protect their cattle and I for one would not blame them for anything they do."

Recently there has been some negatively biased news coverage of the campaigns against vivisection (vivisection is experimenting on and killing non-human animals for the benefit of humans). Although most people who object to vivisection are motivated by compassion and good science, the media has been attempting to portray them as bomb-making terrorists! Even the BBC has not been immune to sensationalism, for example in one BBC Radio news piece on Wednesday 14th March (8am, and 8:10-8:20am) on animal vivisection and airlines/ferries, the reporter gave only one view (that of the pro-vivisectionists). Some examples:

Further evidence of the harmful effects of red meat

A new report, Red Meat Consumption and Mortality (published in the Archives of Internal Medicine) has just been published. The study collected data over 28 years, based on 121,342 men and women. It concluded:

The report has been covered in many places (e.g. The Guardian) and backs up what we've seen in study after study over the years. The World Cancer Research Fund recommend: "Animal foods - limit intake of red meat and avoid processed meat" and "Eat mostly foods of plant origin". 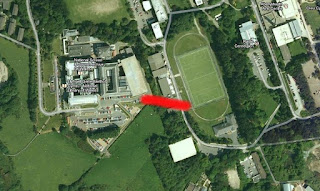 Circuses to be banned from using performing wild animals

Another piece of good news. Defra is developing proposals to prevent wild animals from being forced to perform in travelling circuses.


“There is no place in today’s society for wild animals being used for our entertainment in travelling circuses. Wild animals deserve our respect. We have said many times we wanted to ban this outdated practice, but before we could do that there were serious legal issues we had to consider."

Hopefully it will eventually lead to an end to scenes like this.