From their FAQ:
"What is in a bunk room? A bunk bed (or in some cases two single beds), a desk, desk chair, bedside lamp, bedside cabinet, wardrobe, bookshelves, two under-bed storage boxes, wi-fi or two internet access points."

"How big is a bunk room? The size of the rooms vary from one property to another, however all bunk rooms are essentially a standard single study bedroom with a bunk bed or two single beds."

According to the FAQ students aren't told in advance who they will share with share with, it is random.

As readers can imagine, students are not happy with this situation. The end of this post includes various (anonymised) comments posted on the university's Facebook sites (and other Facebook sites such as 'Angry/Homeless Aberystwyth Students') by concerned students as proof of this.


Why is this relevant to the environment? Simply because the university chose to knock down accommodation halls in Llanbadarn Fawr - without community consultation - rather than renovate them, in an example of gross waste. Llanbadarn Fawr campus is as near to Penglais Campus as the new halls the university is building on greenfield sites so the arguments about centralisation are nonsense. How many of the students currently squashed into a 'bunk room' would have been happy to have had their own room, within easy walking distance of their lectures? They could have done if only the university hadn't chosen to knock down one of their halls, then chosen to close Pantycelyn Hall too, then disingenuously claimed that the lack of accommodation was not their fault... 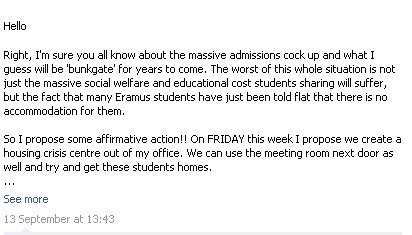 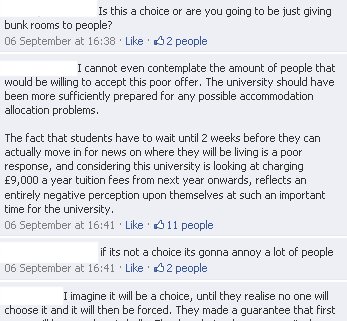 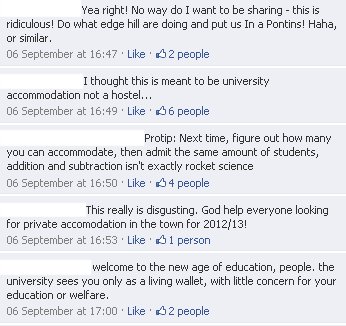 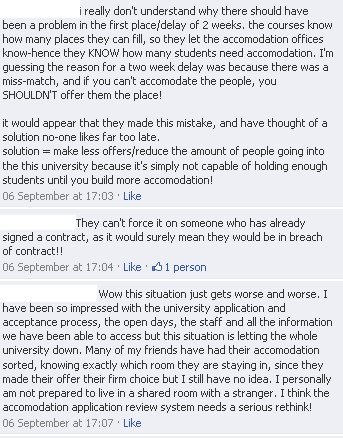 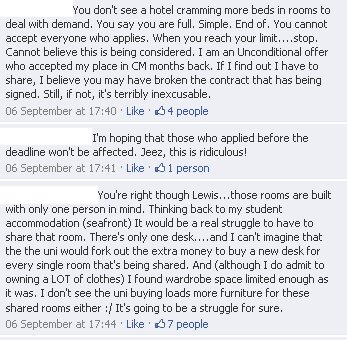 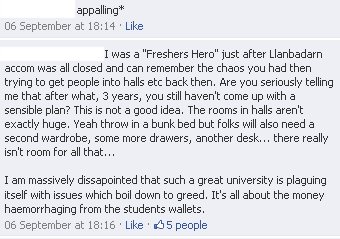 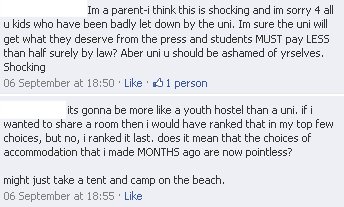 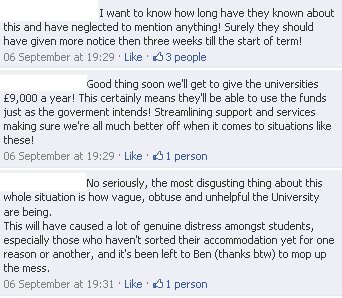 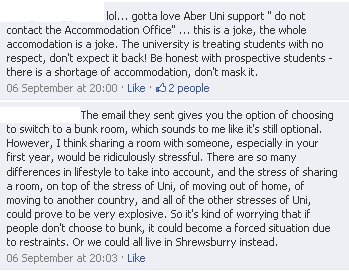 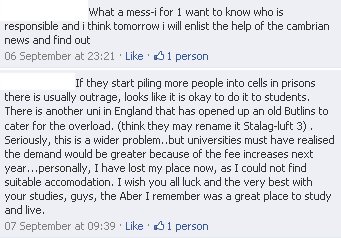 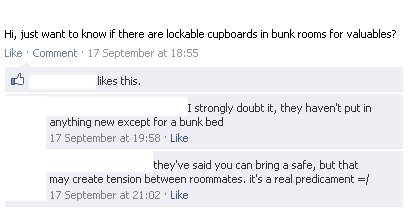 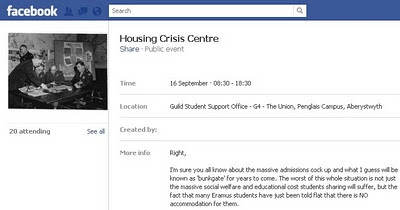 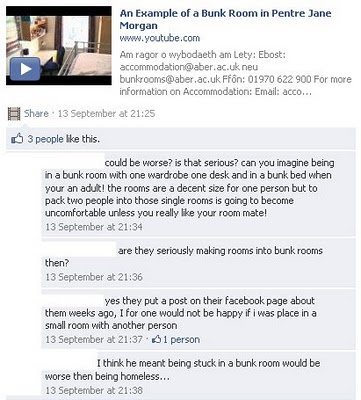 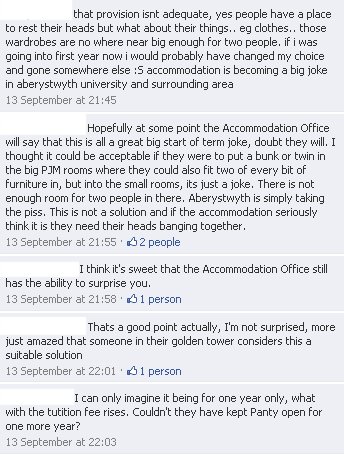 Interestingly, according to a quote given to the BBC, there have been no complaints. Maybe the quotes above all count as endorsement?