On the 24th September there will be a global day of climate action (organised by 350.org).


"Moving Planet is a worldwide rally to demand solutions to the climate crisis. Come on bike, on skates, on a board, or just on foot."

Aberystwyth University again. We mentioned plans to build on another green field space back in June (see the 'Yet more building plans' section of this post). A blog follower sent us this image yesterday - that was a green field area by the Sports Centre running track. 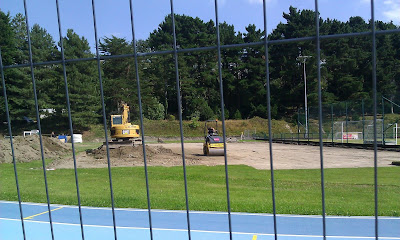