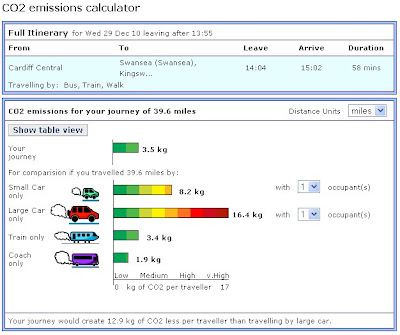 
Private car transport is the least environmentally-friendly way to travel. For short distances walking, running or cycling are best; and for longer distances public transport offers a lower environmental impact (as well as the option of reading and relaxing in a way that you can't when you are driving!). 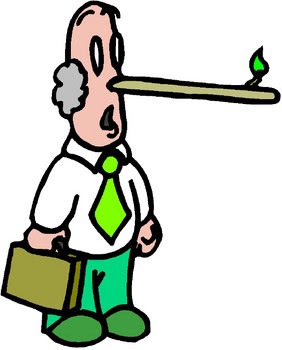 The Welsh Assembly Government made a false claim in favour of culling badgers an official leaflet sent to 26,000 homes in a proposed badger cull area during their consultation - something only admitted and covered in the press after the consultation was over. As a result of this (whether dishonest tactic or inept mistake) there will be more pro-cull responses based on the false information spread by the Welsh Assembly Government. Can we really trust these people? It seems that, on top of their bad science and bloodthirsty primitive prejudice we can add either ineptitude or dishonesty. Their pro-cull arguments are shown up for what they are politically-motivated rubbish. More information here.
No comments: 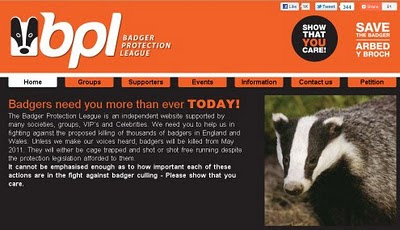 The Badger Protection League is an independent website supported by many societies, groups, VIP’s and Celebrities, set up to fight against the proposed killing of thousands of badgers in England and Wales from May 2011 onwards. The badgers will be killed despite the protection legislation afforded to them.

To help out go to their site for more information; follow our coverage of the badger situation; and respond to the WAG consultation by 17th December. Our Delicious account also has many useful badger links.
No comments: