Do We Have Duties To Other Species?

I was going through some old files the other day, and came across a university essay I wrote for an Environmental Ethics course in 1994. Most of it still applies today, 25 years later. I'll include it below, since it eventually evolved into my current beliefs about respect for all forms of life. Click on a scanned page to read it.

Since CIN will be closing down in a few weeks (unless someone takes it over), it seems like a good way to end this blog. I'll leave the blog up indefinitely, since there is so much useful information within it. Peace! 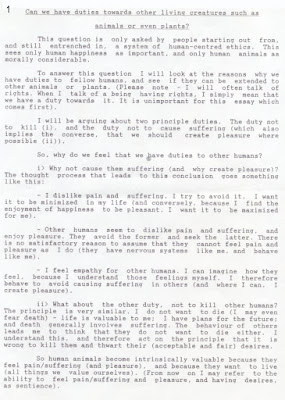 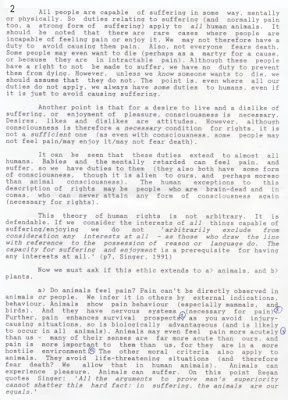 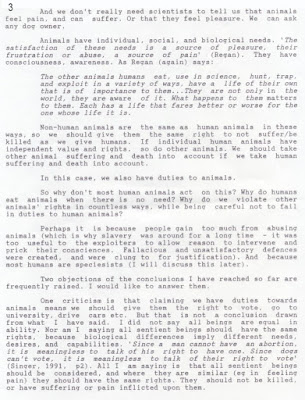 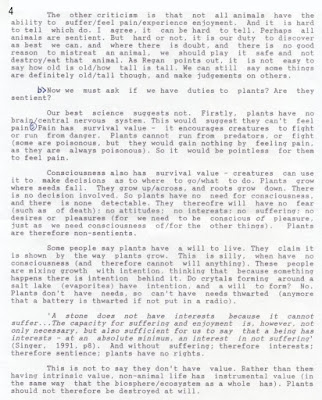 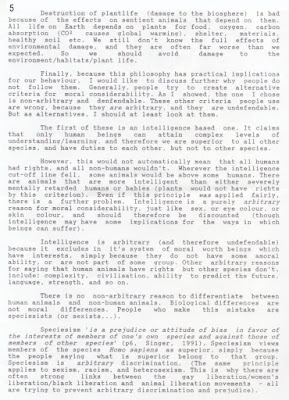 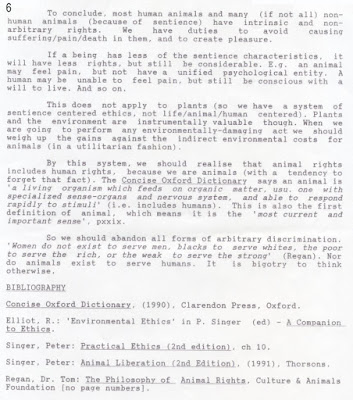 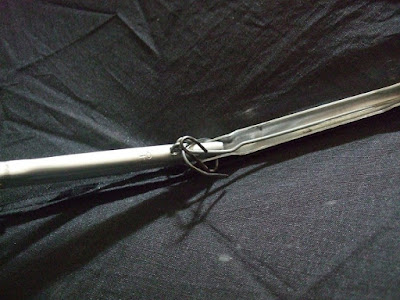 I repaired an umbrella! A bit had snapped so I bent a paperclip and fixed it through the hole. It took two minutes and the umbrella works perfectly again. Repair things if you can. Much better for the environment than buying more. (You can also re-use bits of candles and soap.) 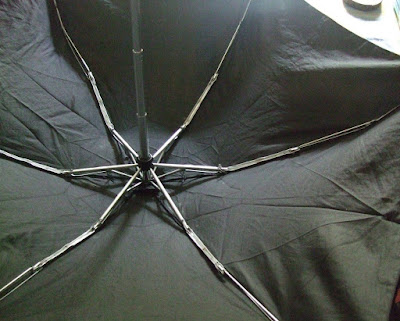 How To Check Planning Applications In Ceredigion 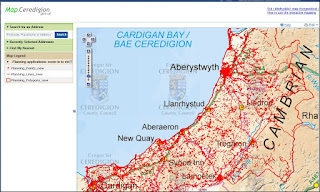 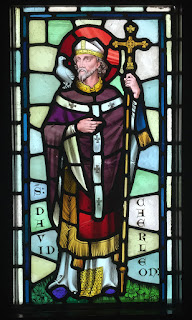 Interesting fact for Welsh Happiness Day: Wales' patron saint, Saint David, was a vegan. He only ate bread, herbs, and vegetables, and only drank water. His other name is Dewi Ddyfrwr in Welsh (Water Drinker).

Wales was ahead of the game.

So, if you celebrate Saint David's Day, make sure you don't insult him by eating animal products.
No comments: 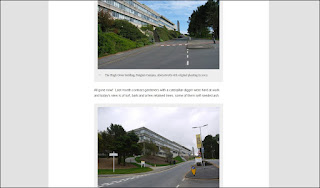 While we are talking about Aberystwyth University:
Hence the university losing so many jobs at the start of 2018. The Mauritius Campus was widely mocked, including by university staff, ever since its harebrained inception. At a time when we should be more environmentally-conscious, Aberystwyth University was implementing schemes that involved even more wasteful international flights and building empty campuses on nature-sensitive locations. A stupid idea, doomed to fail.
No comments:

The Tories have voted that animals can't feel pain

A horrible piece of UK news from The Independent:

The Tories have voted that animals can't feel pain as part of the EU bill, marking the beginning of our anti-science Brexit

Every single Conservative and DUP MP present voted that all animals (apart from one category of mammal - humans, of course) have no emotions or feelings, including the ability to feel pain. All MPs there from the Labour, Lib Dem, Green and SNP parties voted to keep the protection and the acknowledgement that other species can suffer.

The Tories won the vote.

This is some of the follow-up, including David Attenborough's comments.

Please sign the petitions below and share them!
With enough publicity and pressure we could get this terrible and selfish decision reversed.
No comments: 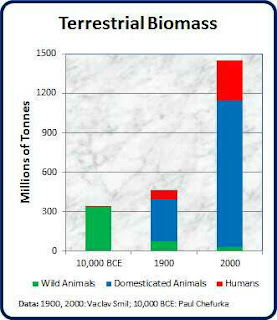