More Badgers To Be Killed 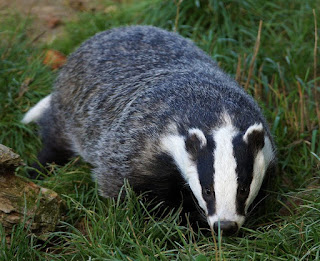 "The Badger Trust has condemned a decision by the government (announced officially today, 30th August, 2016) to expand badger culling to 7 new areas of the country (covering parts of Herefordshire, Gloucestershire, Cornwall, Devon, and Dorset), despite the complete failure of the policy over the last 4 years."

"By extending the badger culls to 5 news areas of the country the taxpayer is now facing a bill in the region of £100 million by 2020" and "We could kill every badger in England but bovine TB would continue to spread in cattle herds, due to inaccurate TB testing, excessive numbers of cattle movements and poor biosecurity controls."

[Additional wildlife issue: a petition to ban snares in Wales]
No comments: