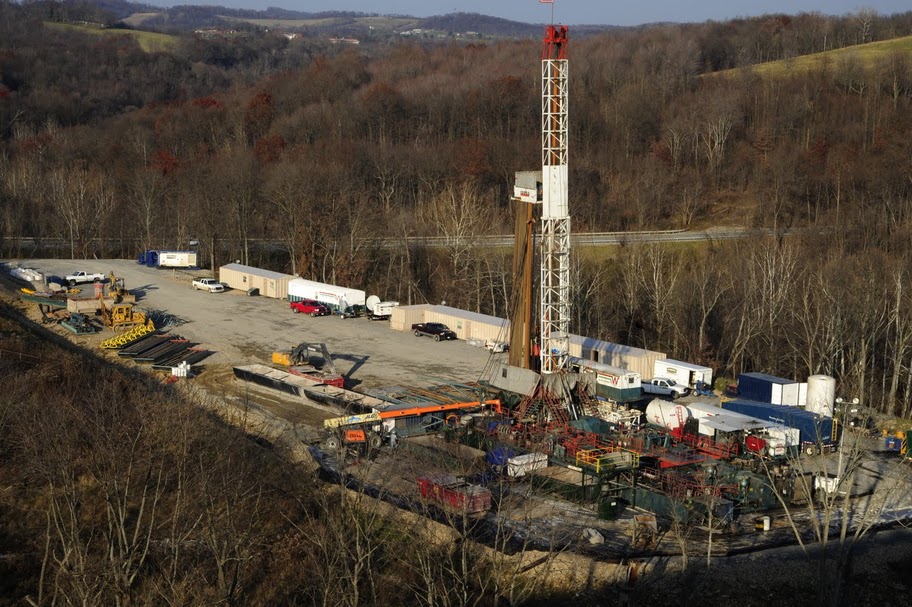 Fracking. Depressing, eh? Some good news then: in a vote this week Ceredigion announced their intention to became the first frack-free local authority in Wales. That is great news thanks to a lot of work by some good people. This is the statement:


"As a council which is leading on the use of renewable energy and energy conservation, we believe that Hydraulic Fracturing, Coal Bed Methane and Underground Coal Gasification (commonly referred to as 'Fracking') are incompatible with Ceredigion's energy strategy as well as arousing considerable public concern. Having received a large petition from Ceredigion residents to this effect, we are happy to declare that we will not support fracking within the county and are therefore pleased to declare Ceredigion a Frack-free Local Authority. We hope that our commitment to a cleaner energy future will show the rest of Wales how important it is to protect our environment for future generations and to allow us to stand together with other forward thinking Local Authorities."

More good news: Scotland has just voted to have a temporary ban on fracking. However, in Wales the policy is determined by Westminster, England. The Guardian article says:

"Full control over fracking is due to be devolved to Scotland after May’s general election, following recommendations of last November’s Smith commission. On Tuesday, the Welsh first minister Carwyn Jones said that he believed that fracking licensing should also be devolved to Wales, and that the Welsh parliament should consider a moratorium on fracking."

So at the moment the Welsh Government has the intention, but not the power, to completely protect its people from oil companies invading their homes. It can only be blocked on a local council basis.

The real bad news is that this week MPs voted to give the green light to fracking across the UK. 50 MPs broke ranks to vote against the plans, but it wasn’t enough. (Note that Ceredigion's MP, Mark Williams, was one of the good ones and had voted for a moratorium on fracking - thanks Mark).

As a result trespass laws have changed: energy companies can drill for oil and gas under our homes. Maybe if we get a greener Parliament in the future this can be overturned, but in the meantime the main hope is for county councils to block fracking. Yesterday’s vote had some positives: fracking is now banned in national parks. Slowly, because of everything climate change campaigners, human rights advocates, and environmentalists have done together, support for fracking is wavering - and MPs are feeling the heat.

A mixed-story, but it's good to focus on the positives, and try to work around the depressing news from the Westminster vote.
Great news for Ceredigion, and hopefully Wales can set its own laws on this in teh future.

Looks like at the moment the Welsh have the authority to stop jack..

I was fascinated to know that in West Wales the Ceredigion County Council has declared itself to be the first Welsh Council as a “Fracking Free Authority” and that this declaration / policy was supported by all Politicians in that County. This is rather a disgraceful misrepresentation, as learned Geologists at the highest level, when asked privately, all say with a grin that there is absolutely no rock strata under all of Ceredigion that contains or bears anything to Frack for – no gas – no oil – no appropriate shale bands – no methane - nothing. It’s the totally wrong geology. Very old rocks that pre date the laying down of remains of plants and animals that are needed for hydrocarbons to develop.

It is not just a laughable gimmick - it is a confidence trick on the electorate. Seemingly they never checked the FACT that there is no appropriate rock strata anywhere under Ceredigion that is of interest to the Frackers? If they had checked and knew the FACTS then they are damned with ridicule. If they failed to check then they are lacking in credibility as just making policy on whims on the hoof to suck up to the “Greenies” who are as scary as UKIP to all the mainstream politicians these days.

Maybe these idiots should all just Frack Off.

Interesting point about reserves in different counties. Are there any sources you can point to? Not disputing it (I don't know any high-level geologists), just curious how widely known or verifiable this is. Thanks.

Ah, the "Greenies". That easily identifiable group who obviously all share exactly the same views and can therefore be categorised as a single enemy who are both a threat and inept at the same time. Though I suppose after a thousand years or so of doing what we want to the world it would be nice if less of a "me mine me" attitude started to become a basis for decisions.

Everyone involved was well aware that Ceredigion does not contain the geology for fracking and this was fully aired during the debate.

The point was that 600 people signed a petition asking the Council to declare itself a frack-free authority in order to set an example to other Welsh authorities and hopefully be the first of many. The motion was put to Council as a result of that petition. Everyone was well aware that it wouldn't have a direct effect on Ceredigion itself but the Council wanted to respond positively to the petition.

The issue of the geology of Ceredigion and the wider purpose of the motion was fully discussed with the instigators of the petition, one of whom is a geography lecturer, before the motion was put to Council.

The frack-free policy is also bang in line with Ceredigion Council's support for renewable energy.