Where does your council money go?

Do you know how Ceredigion County Council (CCC) spends your money? 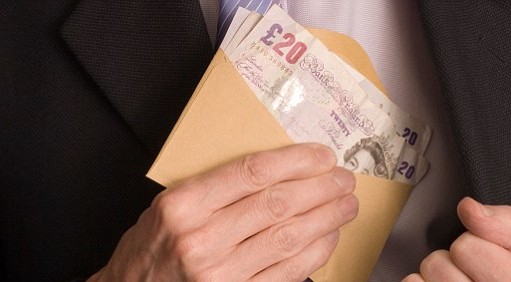 Money spent on smoothing the way for developers

We have been covering Mill Street developments (Aberystwyth) for some time. Recently we received a copy of a Freedom of Information request about how much the county council is spending (of taxpayer money) in order to push through these developments. It's very interesting.

The request was for the total cost to the council of all the work to turn Mill Street car park and its environs into new land for supermarkets, including money spent on trying to push through compulsory purchase. They were requested to break it down into as much detail as possible under categories such as:
- Council legal costs (e.g. hiring of barristers such as Melissa Murphy, solicitors etc)
- Money spent on reports and advisers
- The cost of the total council staff time e.g. people had to hire external people, write or commission reports, brief people, gather information etc.

This is the response:

However, that figure does not include the costs of council staff time, future estimated costs, or other purchases: e.g. the council purchased lots more land "to support this development" but refused to give the figures. We could easily be talking half a million pounds.

Then the council spent another £42,850 just on trying to force an Aberystwyth resident out of their home via a CPO, as follows:

The council claims that the developer will refund them the £42,000 for doing this dirty work to enable developers to move in.

So the county council are spending huge sums of taxpayer money on developments to benefit private companies which suck profits out of the area, rather than local and independent businesses which keep it here. The council says there is not enough money and are therefore having to cut services and increase council taxes - but it's because they mismanage the money, and spend it on disgraceful causes like this. What vital product isn't currently available to people in Aberystwyth that will be available once extra supermarkets move in? Nothing. But it does create a huge threat for local businesses.

While we're on the subject of mis-spent money, did you know the council uses your council tax for "gagging orders"? What are gagging orders, anyway? As this article explains, they are sums of money to spent as a payoff in order to shut up ex-employees. They are used to try and silence people who otherwise might have a lot to say about mismanagement, illegalities, and so on. They are controversial and unethical. But Ceredigion County Council, like many organisations, uses taxpayer money to enforce them. At the last check, they had spent over £111,000 on gagging ex staff. 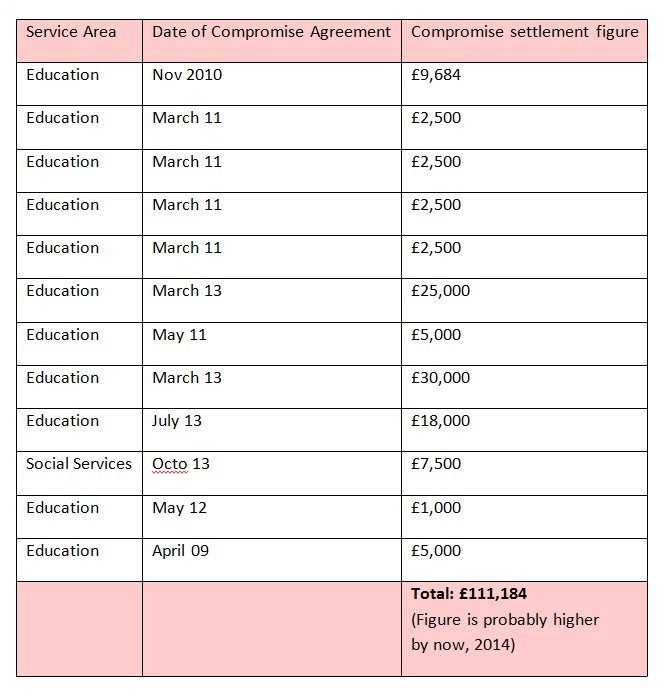 What if I am not happy about my money being mis-spent?

Because, make no mistake, it is your money. We all pay a fortune in council tax. But you have no say in whether you pay or not; no say in how much the council takes from you; no say in how it is spent; no way of witholding money or penalising the council if they fail in their duties. It doesn't matter who you elect in: these things stay the same, which isn't true democracy.

You are forced to pay for services even when they are sub-standard. An FOI request from 2013 specifically asked CCC with regards to council failure: "What penalties are there if the Council fails to provide services paid for by Council Tax? E.g. if it ignores emails, doesn't adequately clear litter etc?"

The official answer from CCC was: "Information received from our Finance Section states that there are no penalties incurred by the Council for failure to provide services."

The council don't listen. They don't have to. You see the arrogance all the time:

Sure, the council has standards they aim for, e.g. their "Customer Service Charter". But they are toothless, just there for spin, with no penalties (e.g. reductions in council tax for affected residents) for not achieving them. Without penalties for failure they are a waste of paper and not taken seriously.

Which is why we say that the council is not democratic. Real democracy is having a say in decisions. Voting from a limited range of options for councillors every few years isn't democracy, since no-one will have exactly the same opinions as you, and because canvassers want to get votes you can't trust how they appear to be. If CCC were democratic you would be able to vote on decisions which affect you. In an ideal world you'd even be able to select how your council tax contribution was apportioned, to represent the way you thought the county should be. So if you wanted greener roads you would be able to vote for more money to be spent on tree planting and litter collecting. If you thought the council planning department was rubbish because it let developments go through on greenfield sites and didn't enforce tree and bush planting as part of all developments, you would be able to avoid giving them money from your council tax contribution. Hurrah! There would be democracy then, and choice, and change. But we won't see that because large organisations such as councils and the government don't want people to have so much power, to have a say in how much we pay them, or how they spend your money, or what they do.

Unbelievable! i had no idea this was going on. How can they get away with spending our money on things we dont want?
thanks for publishing this.