Death by a thousand cuts 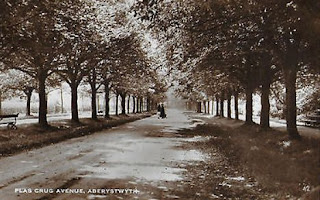 Plas Crug is an important green part of Aberystwyth (1937)


In the last post we rightly praised the value of trees in Plas Crug, Aberystwyth. And we didn't want to sully that post with anything negative. There was something on our minds though. Some loss of green spaces is dramatic, such as Ceredigion County Council letting the wildlife meadows on Cefn Llan be destroyed for expensive housing estates. 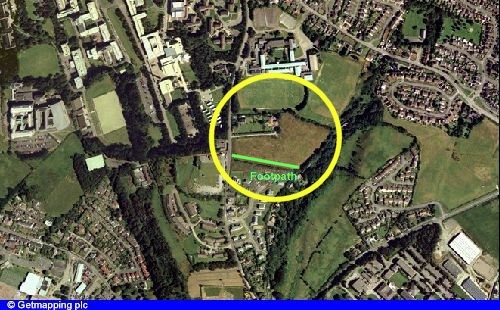 Cefn Llan meadows, Aberystwyth, before the Council gave
permission for them to be destroyed in 2003.
The last green area there is being built on at present.


However, it also occurs in small cuts here and there, little green areas being removed when roads or paths are widened and extended as the UK continues its plan to enable floodwaters to spread as widely as possible.

Plas Crug is an interesting example, since it is nominally protected, yet even here we see these small cuts taking place. We'll illustrate that with some recent photos (it was also mentioned with photos towards the end of this post too). Every time people say "it's only one tree/wood/field/bit of grass" bear in mind that it adds up, and every area lost is gone for good. 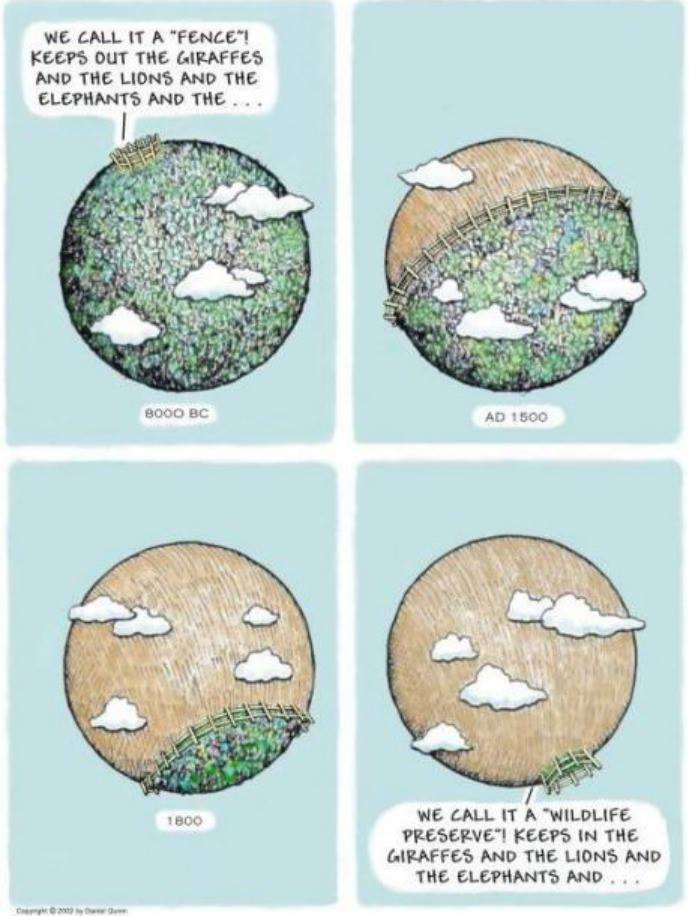 The principle brings this cartoon to mind 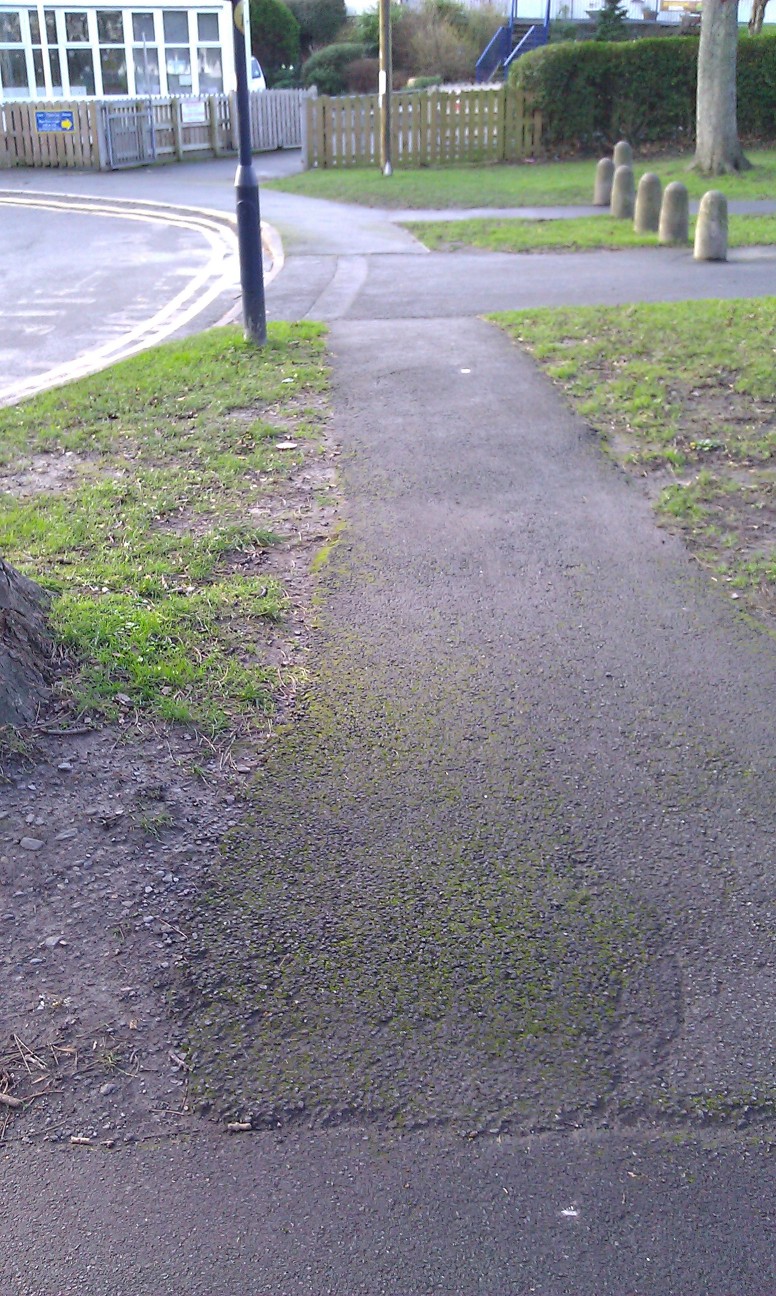 One end of Plas Crug: extra paths put in, some time in the last two years 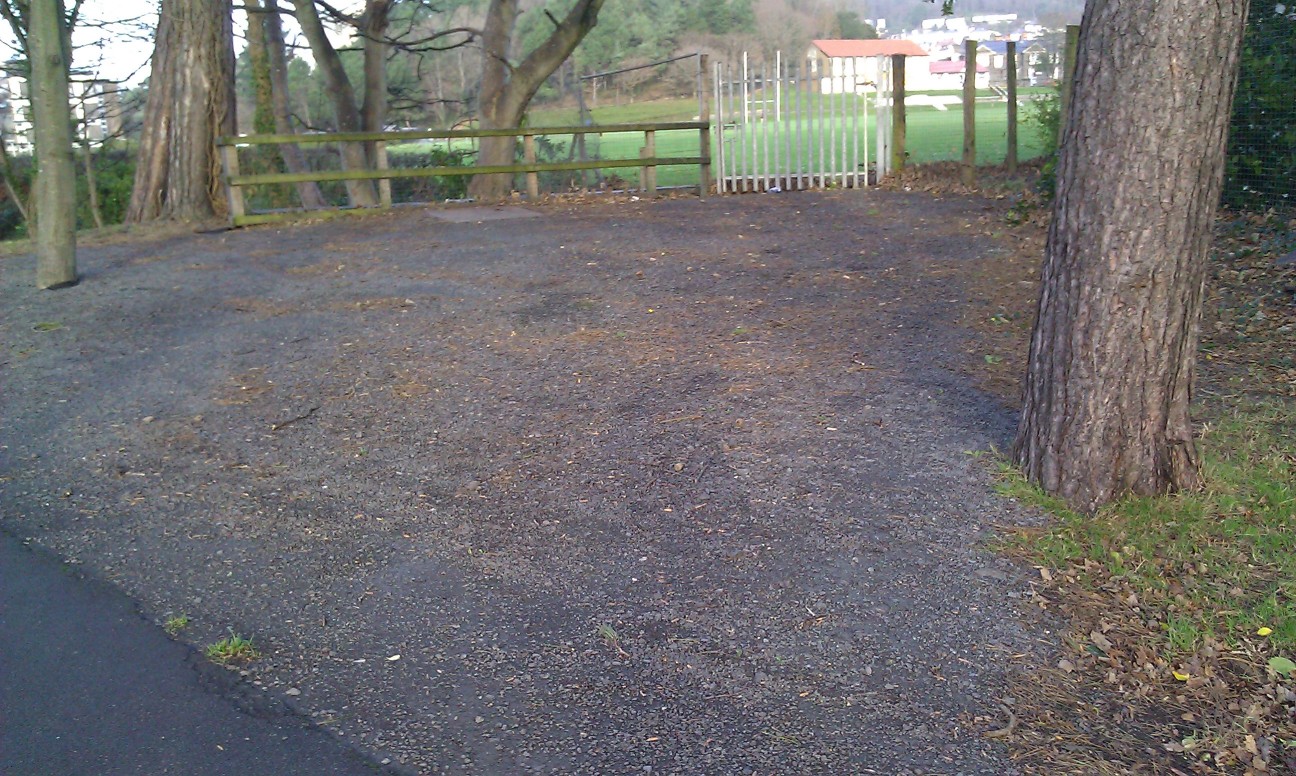 A large area of grass in Plas Crug which was covered up/lost for an event in May 2012. 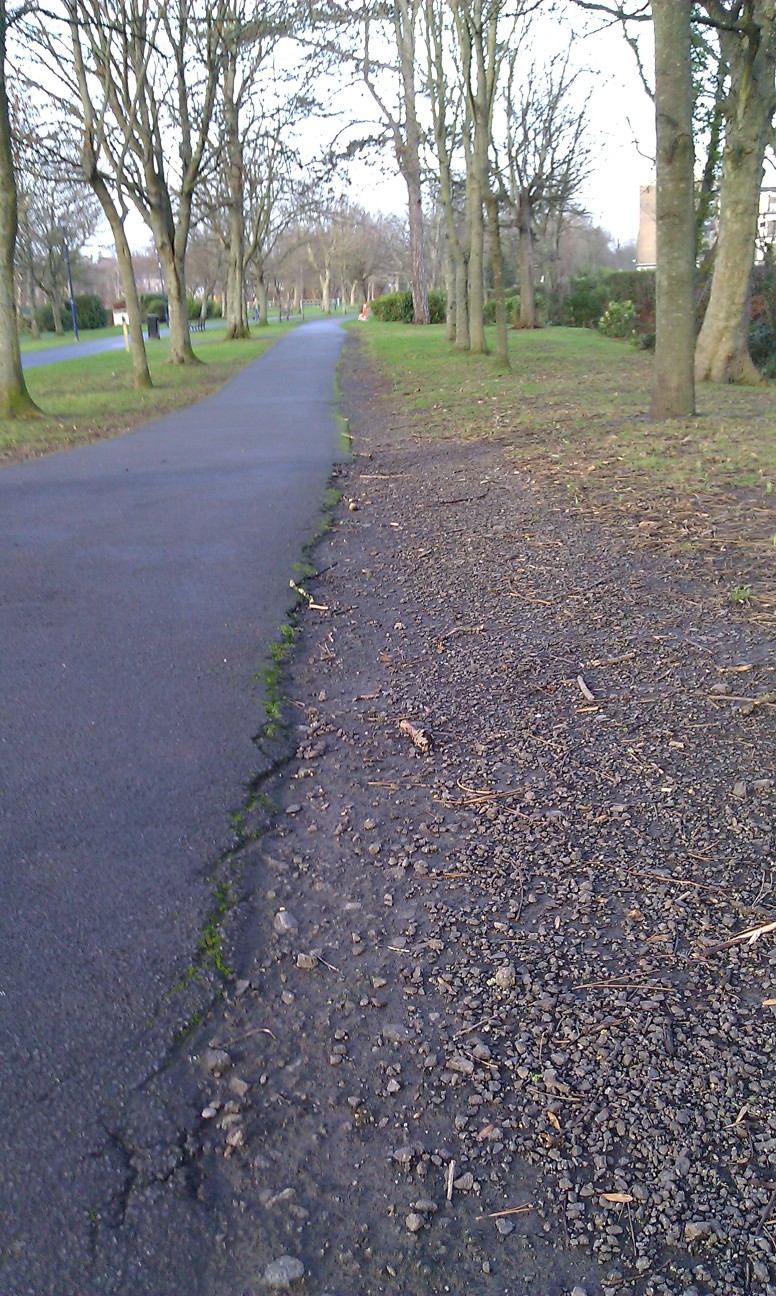 Path widening done 'as a temporary measure' at the start of 2012, related to Plas Crug Community Primary School extensions. See the end of this post. 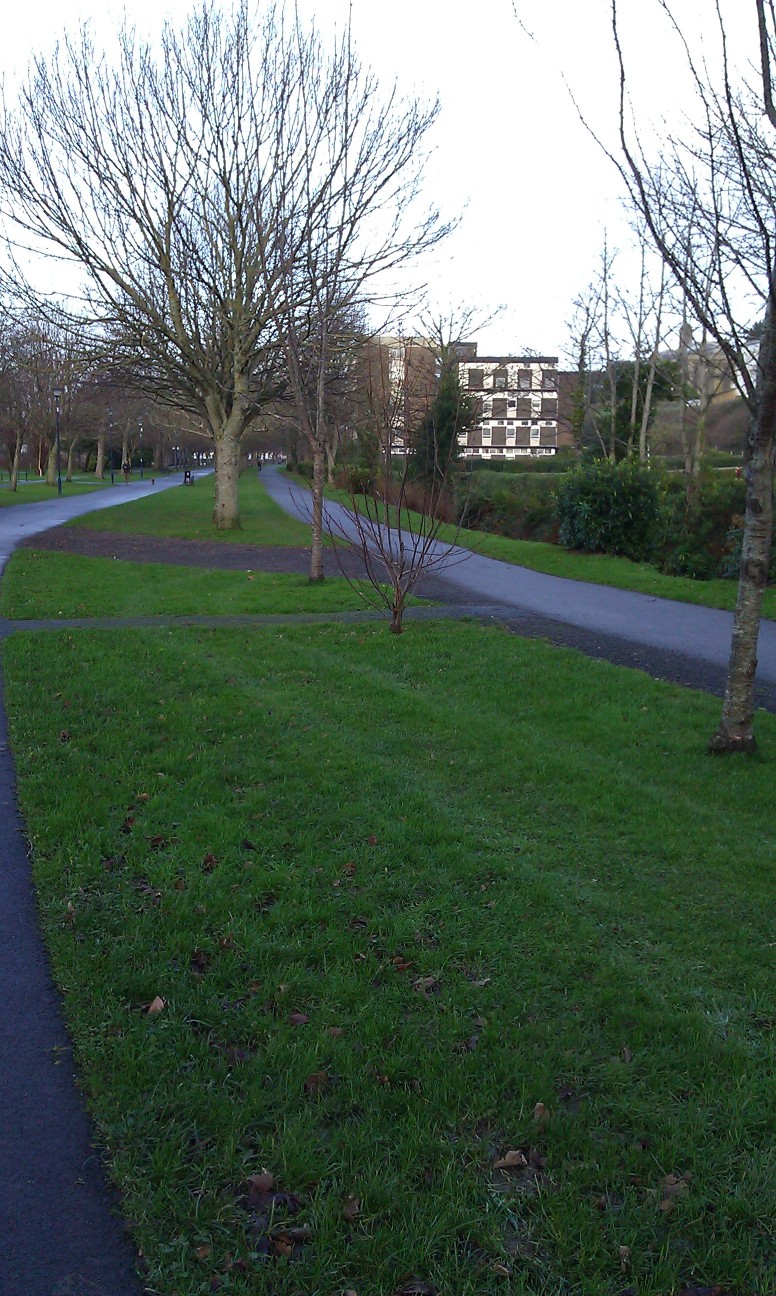 Two new cross-cut paths. See images above and below. 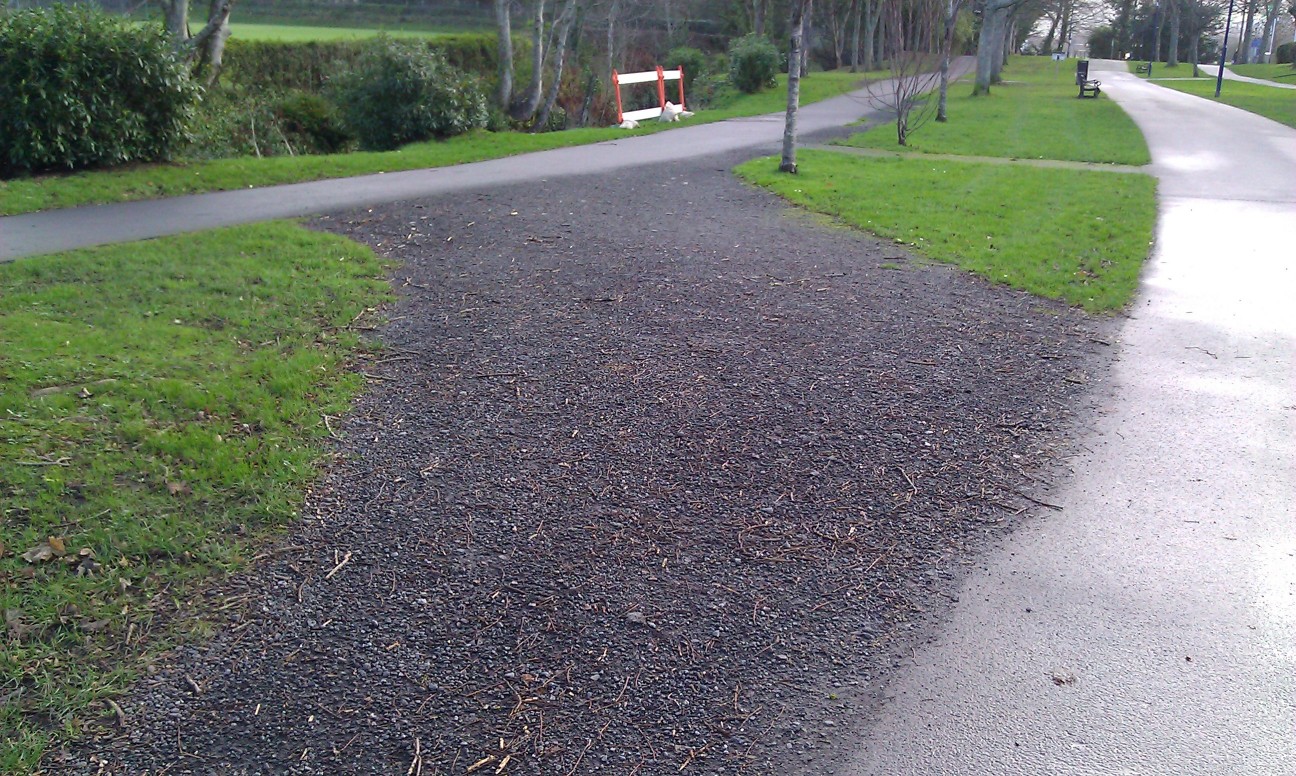 Path created for construction vehicles 'as a temporary measure' at the start of 2012, related to Plascrug Community Primary School extensions. See the end of this post.
[NB: following the publication of this post the Council have turned a couple of these areas back to grass, so pressure works! April 2014] 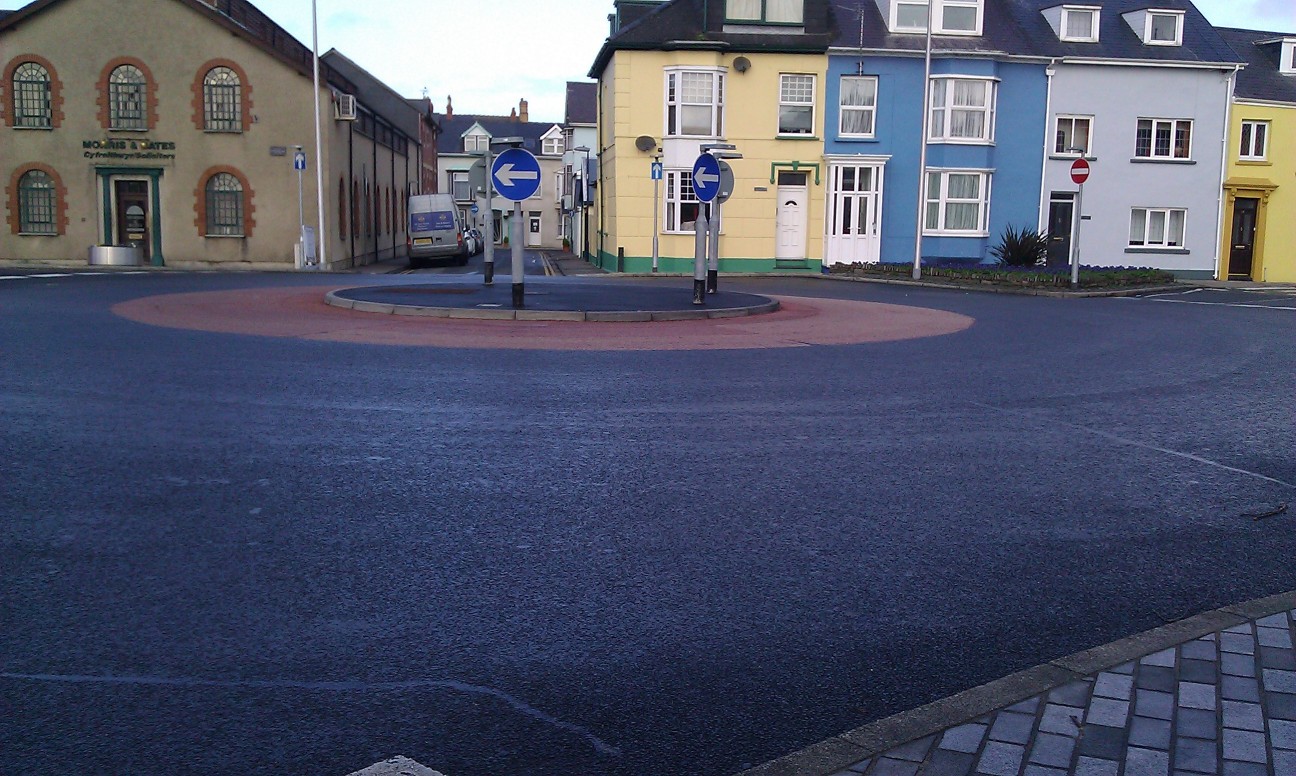 The other end of Plas Crug. A lovely area was lost for this huge eyesore roundabout. 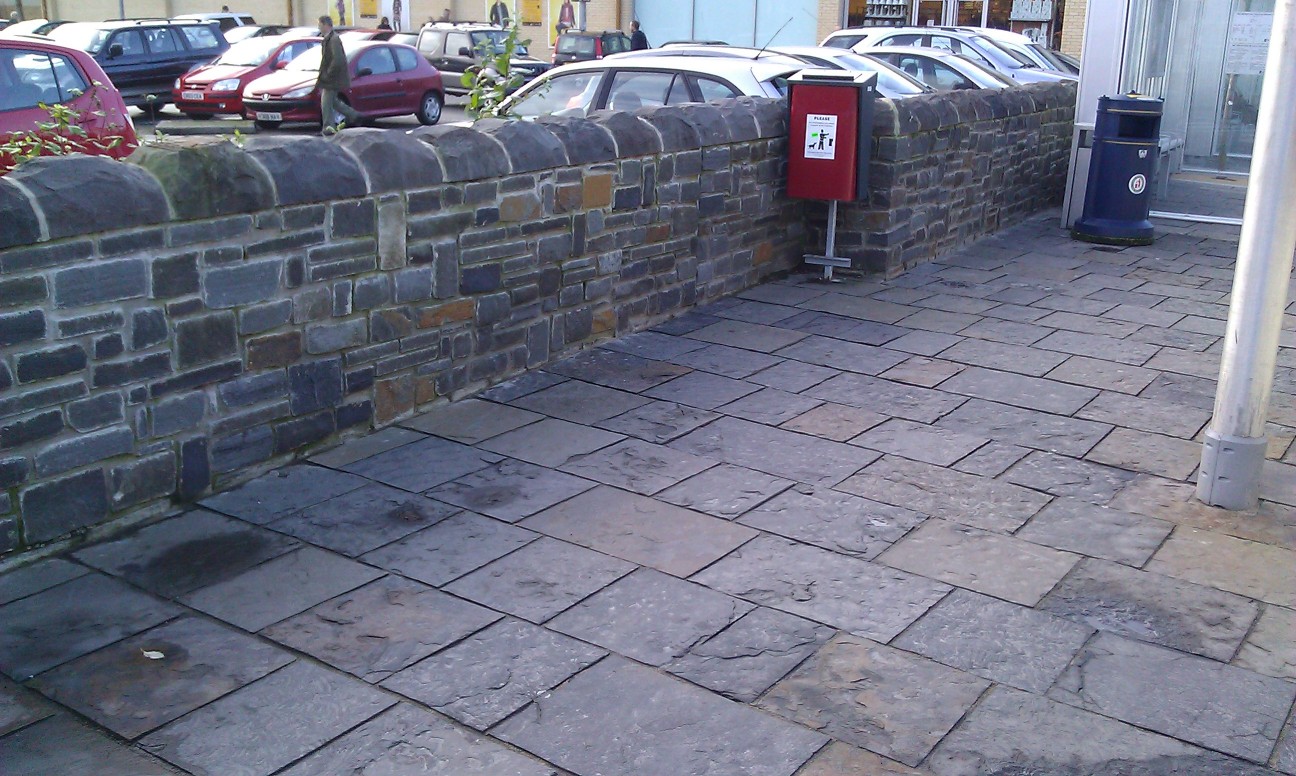 Near the roundabout: this area used to be bushes, as you can see in the image below,
before everything was dug up for ... paving stones.

An old photo, taken before the 2012 'Aberystwyth transport gateway'.
Also note the green area to the left,
lost when the roundabout shown above was built.

We gave the Council a chance to respond to this post. If they do other than the usual (i.e. ignore it) we will update the information.