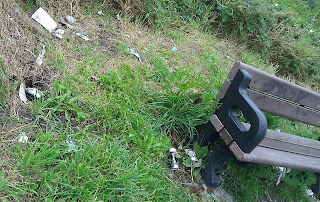 As an experiment we monitored three areas in Ceredigion where the Council had arranged for the grass to be cut (and in some cases hedges cut back). In every case, even weeks later, they had not collected any of the litter. The council seems to look for any excuse not to touch it: we've heard of many people reporting litter (the only way to get the council to collect litter in many areas), then the council refusing to collect it because it is a few inches off the path - even though the reason it is a few inches off the path is because the council didn't pick it up before it blew there.

Obviously the primary fault is with the people who drop litter, but the council has a responsibility to keep the county tidy, not to brush the issue under the carpet and hope it goes away. A few of the CIN writers do regular litter picks in their towns and villages, but if the council were to pick up litter as they encounter it too then we'd have far nicer streets and cycle paths in Ceredigion.

Below are some photos taken along a short stretch of a path in Aberystwyth two weeks ago, a fortnight after the council had cut the grass revealing all the litter. It was still there when we last checked, and will probably still be there when the grass grows over it again. The litter doesn't show up as clearly in the photos as it does when you're there. We're told that over a hundred pieces of litter were found during just a very short stretch of path.

We contacted CCC on the 25th September 2012 to ask if they had any plans to change their policy. The response was:

Thank you for your email dated 25th September 2012.
Ceredigion County Council will review its current policy regarding the collection of litter by contractors at the end of the existing contract, which will expire at the end of 2013/2014.
Yours sincerely
Phil Jones
For Huw T Morgan
Director of Highways, Properties and Works 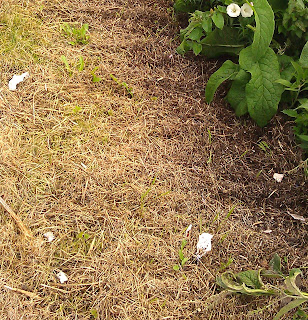 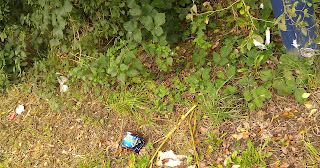 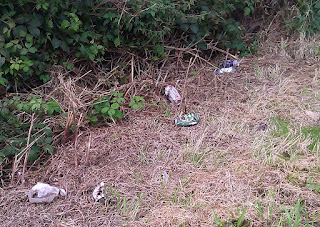 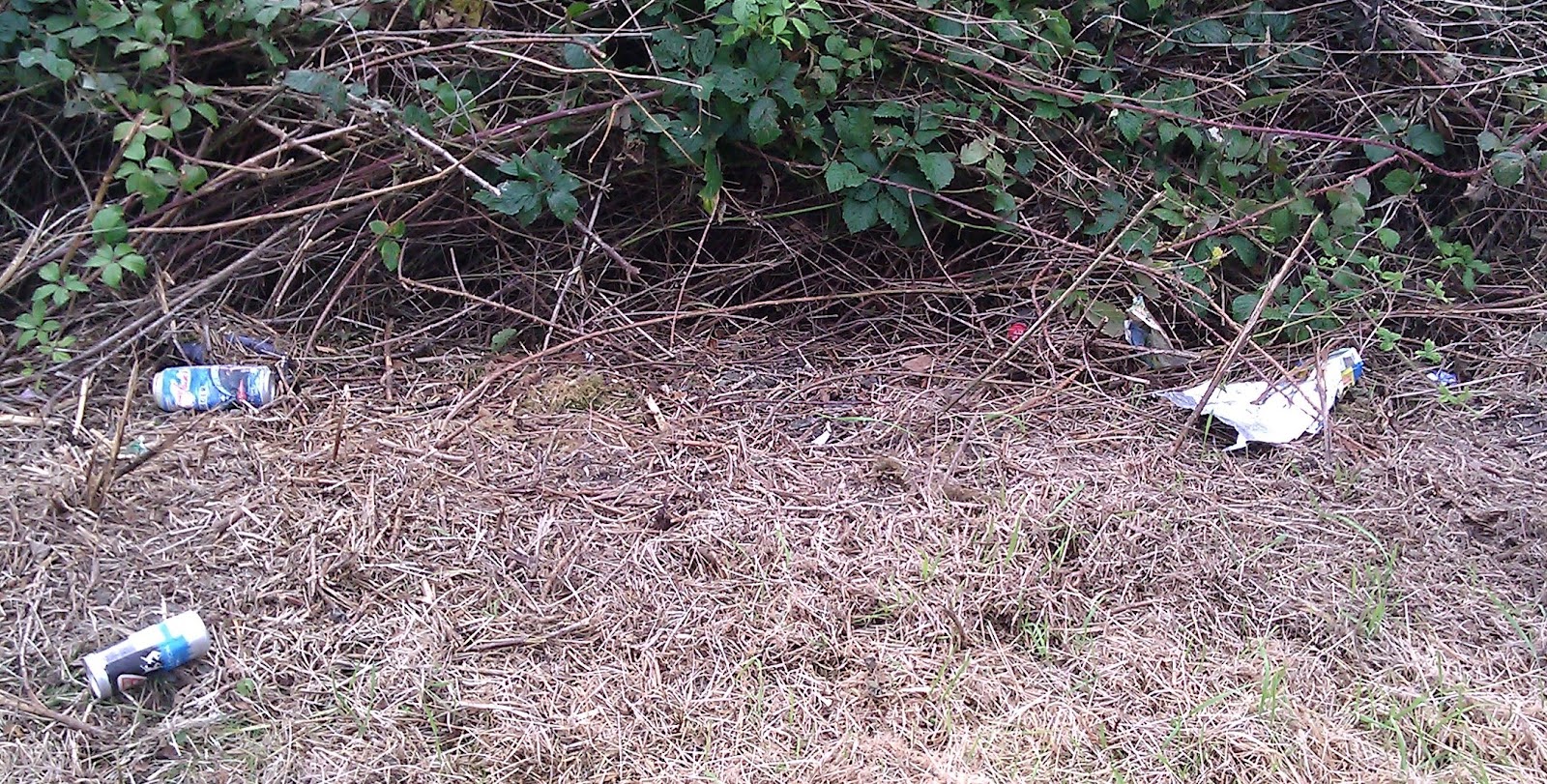 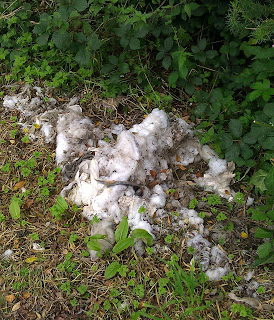 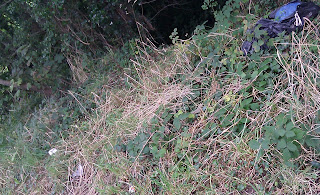 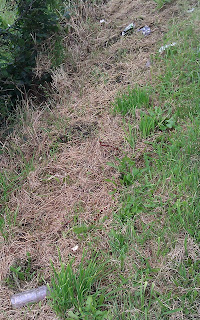