We are taking part in Blog Action Day 2011 (as mentioned here). The topic this year is food. This also happens to coincide with a new series on CIN - 'Ideas to improve the world'. Suggestions for things that could be changed, whether by governments or by personal action, that would improve the world in some way. We are going to put the first two into this post since both are food-related. As usual, feel free to send us suggestions for things to cover. 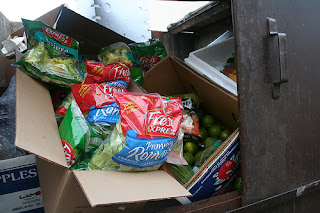 Supermarkets waste millions of tons of food a year. All in-depth reports discover a shocking waste.


"major chains dump enough food to feed 6.3million people a year. [...] our check of supermarket bins found that much of the grub they chuck out is not even past its sell-by date. [...] The true cost of this waste is passed on to customers in prices and the environment in landfill, while the supermarkets' profits continue to soar. [...] According to a report by the Sustainable Development Commission, supermarkets throw away 1.6 million tons of food annually." [Source]

"The Government must get tougher with supermarkets if it is to tackle Britain's growing mountain of food waste, a report on Labour's sustainable food policies will warn this week. [...] The warning comes amid growing concern at the amount of food that ends up as landfill rather than on people's plates. Retailers generate 1.6 million tonnes of food waste each year. [...] A separate study by Imperial College for the Department for Environment, Food and Rural Affairs, found that supermarkets preferred to throw away food that was approaching its sell-by date rather than mark it down in price. "The cost of staff time is greater than the money made on the reduced items," the research found." [Source]

"If four million people in the UK can't afford a healthy diet, why are supermarkets throwing away the surplus food that could make a real difference and stop the homeless going hungry? [...] behind the supermarket shelves is the story the food industry doesn't want you to know about. [...] Seventeen million tonnes of food is being ploughed into Britain's landfill sites every year - all because it's cheaper and easier for the food industry to dump it than give it to those in need. [...] It's a massive waste when you consider that around four million tonnes of this food is perfectly alright to eat - fresh, tasty, and well within its sell-by-date. [...] The wastage is even worse when you consider its worth - if sold in shops, this dumped food would cost around £18 billion." [Source]

This is good news for freegans, who do an excellent job, but that hardly touches the waste involved. (Actually freegans also want the waste to stop, and salvage it publicly as a way of raising awareness and shaming the corporations into changing their ways.) The issue is made worse by the fact that food products from supermarkets are almost always over-packaged, leading to yet more waste.

What are the ideas to improve things?
#2 - Give up animal products 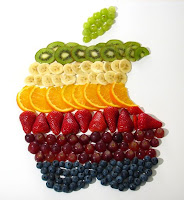 A vegetarian (ideally, vegan) diet is far better for human health, the environment, and world food stocks; it also avoids huge amounts of cruelty to sentient beings. We occasionally report on the overwhelming evidence which supports this claim. Here are some of those posts:
Bear in mind that we only report on a small selection of what passes our way!

What are the ideas to improve things?

Thanks for highlighting what are global issues and what can be done on a local scale!