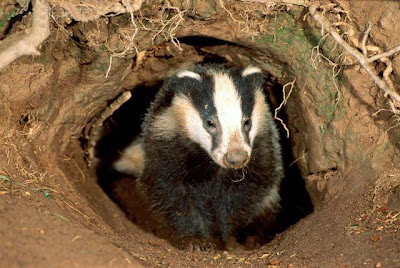 In a FarmersWeekly article we read the following:

"Wales' rural affairs minster Elin Jones said she is willing to sacrifice her seat at the next election rather than back down on her plan to implement a pilot badger cull in west Wales. Ms Jones, who is the Assembly Member for Ceredigion, told the Farmers Union of Wales' agm that her determination to order the cull resulted in a "politically motivated'' campaign to unseat her at next year's Assembly elections. "I know I can only lose votes for having taken this decision," said the Plaid Cymru AM, who claimed another political party was capitalising on her position to snatch votes from her."


Elin complains that the attacks are 'politically motivated'. Is it so difficult for her to believe that civilised people really do object to the plans she has pushed through to kill protected and beloved wildlife?

People know that the slaughter is not about science - all the studies and evidence (that weren't WAG-funded) said killing badgers is pointless. As the post here shows, the WAG approach is anti-science.

People know that the slaughter is not about the rise in TB - since we have already seen that rates were falling, and approaches that don't involve slaughtering badgers would make them fall even more.

So what is the slaughter about? Well, Elin was speaking to her perceived main voting group for Plaid Cymru - the Farmers' Union of Wales - a group dominated by animal farmers who wanted a cull. She gave them what they wanted. So that is the real 'politically motivated' action. Hypocrisy, anyone?